There is an opportunity to see Meridian Water in two decade’s time from the air.

The £6bn development will be on both banks of the Lea just above Tottenham Marshes.

The ambitious project, which already has a new railway station, is now occupied on the towpath side (east) by the demolished Stonehill Park Business Estate. Even the Leaside Cafe has gone. Expect a more expensive replacement in the new ’24 hour neighbourhood’.

The inaccessible west bank has some overgrown ground but is best known for IKEA which will stay.

The final extra section in The Lea Valley Walk guide since London won the Olympics has been the slow walk around the London Olympic main site.

At first it was to encourage readers to look before it changed.

After the London Olympics the transformed and greened area became the Queen Elizabeth Olympic Park. The Olympic Arena is now the London Stadium and home to West Ham Football Club.

The walk is surprisingly green with lots of blackberries in the late summer near the start. The paths are also very quiet seven years on from the international focus.

The Olympic legacy has worked slowly so it is only now that it is possible to walk again much of that original pre-Olympic route. The planned temporary closure of the The Greenway highlighted in the current Cicerone edition lasted longer than expected.

The historic notes are of course in the book but below are improved directions for the figure of 8 route.

Tour of the Olympic Park

At Three Mills walk in front of the Mill House (left) and turn left to pass a bridge (left) and reach Three Mills Green. Here by Three Mills Wall River (left) there is a modern memorial to men killed in a well rescue in 1901. Continue ahead by the water (left) to cross the end of Prescott Channel.

Continue alongside Three Mills Wall River with a view of Strand East Tower and the red ArcelorMittal Orbit ahead. At the far end is the bridge carrying the main road confusingly called Stratford High Street.

Turn right to pass the end of Abbey Lane (right) and cross the main road at the pedestrian crossing. On the far side go right for a short distance to find The Greenway (left) just before the former Yardley soap building, decorated with a lady and two children carrying lavender.

Turn left on to the at first wide Greenway where there is a first view of the London Stadium.

The path crosses Waterworks River and later the unseen City Mill River before turning sharp left downhill to avoid a railway line. Ahead is Pudding Mill Station. At the road go right to pass under the railway and take a path (right) running uphill to rejoin The Greenway. To the right on the path is the View Tube Cafe.

Go left to continue along The Greenway with the view to the right dominated by the London Stadium. To the left are central London landmarks such as The Shard and The Gherkin. Before the path crosses the River Lea, and where a railing starts, bear half left on a path running down to the river. Go right under The Greenway to follow the towpath upstream towards Old Ford Lock.

Do not cross the footbridge to the lock on the Lea Navigation but stay on the path to follow the Old River Lea. There is a long brick wall to the right. Pass under low pipes and a park road. Soon there is an inlet marking the old entry to Pudding Mill River which was lost as a waterway when the Stadium (right) was built for the Olympics. After two more bridges there is a confluence of Bow Back Rivers.

Cross the blue pre-Olympic footbridge spanning City Mill River. Turn right to walk with the water on the right. The Stadium is across the water. Pass under two bridges. Here the riverside has been turned into a flower meadow. At the third bridge do not go under but take the steps (left) up to a park road. At the top bear right to cross the river and, as the road begins to run downhill, go over the pedestrian crossing to walk up a slope to The Greenway.

Walk straight over The Greenway to retrace the way downhill and under the railway. To the right is Pudding Mill Station. The walk continues left up a rising path to rejoin The Greenway. Follow the path back to the main road. Use the pedestrian crossing ahead to continue along The Greenway and pass Abbey Mills Pumping Station (right).

Just as the path bends to cross Abbey Creek go right through gates to follow a high concrete path with water below (left). After a short distance bear left on to the concrete zig-zag path and follow a further narrrow path which runs down to the water.

Stay on the rough and wooded waterside path. This eventually and suddenly bears right to a firm path running up Prescott Channel. Pass the lock and cross the long footbridge to Three Mills Green. Stay on path to the left of the grass and at the end go left to reach Three Mills.

A short new path signed Leaway has improved the link from the Lea Valley Walk to Canning Town Station.

There is now no need to cross the very busy main road.

When walking down Stephenson Street, which is alongside the Jubilee Line running into Stratford, everyone should go right into Bidder Street.

After a short distance go left into a gated road. Stay on the right side to follow the way through a short tunnel. At the far end go right to stay on the Lea Valley Walk.

But to reach Canning Town Station bear left up a new slope alongside the DLR line. At the main road go right for the station.

Jim Lewis has managed to reveal more history to add to the extraordinary heritage of the Lea Valley.

Prolific Lea Valley historian Dr Lewis continues to investigate the sites then and now associated with great names and inventions.

Why is McMullen’s brewery in Hertford now a supermarket? This book has the latest news on the brewery.

It also has the history of the Ponders End mill and the surprising news that since the present occupants, Wright’s, celebrated their 150th anniversary in 2017 there is expansion.

Entering the Queen Elizabeth Olympic Park we are reminded that the grass around the former media centre was in the 1870s covered by a factory with two high riverside chimneys announcing CLARNICO. Its production was at first marmalade and jam before sweets became dominant. The sugar arrived by barge.

A look at the old picture of the factory tells how successful the re-greening of the Lea Valley has been.

Nearby is a view of smoked salmon merchant H Foreman & Son whose new building on Fish Island is a legacy of the 2012 London Olympics.

At the south-west corner of the park is Bow which can now claim to be where in the 1790s India Pale Ale was invented.

Three Mills, with its 1750 clock tower, was the home of Nicholson’s gin distillery. The building is now occupied by TV studios where Master Chef is filmed. The food and drink tradition continues.

The 144 page illustrated paperback is published by Redshank Books; £16.

Thursday 19 September is St Januarius Day in Italy where a crowd in Naples waits to see his blood liquify.

But in England it’s more observed as St Theodore of Canterbury Day.

Theodore was a Greek, born in Tarsus, who became Archbishop of Canterbury in the 7th century.

He came to Hertford in 673 to hold a reforming Synod which sorted out the date of Easter. There is stone recoding this outside Hertford Castle.

He died on 19 September 690 and is buried in St Augustine’s Abbey in Canterbury.

Sean Fletcher’s walk down the River Lea on BBC1’s River Walks features the newly opened Walthamstow Wetlands at Tottenham where he says it “feels like we are in the middle of nowhere” having just left Tottenham Hale Station.

The film shows how the reservoirs have are not just concrete pools but have delightful wooded banks and beaches.

Sean looks across it from the Engine House which has a good cafe.

Then he walks across Walthamstow Marshes’ grasslands to the Queen Elizabeth Olympic Park where he explores the Bow Back Rivers fed by the River Lea.

Afterwards there is a brief waterside diversion to a splendid pumping station before Sean heads for a lighthouse at the river’s confluence with the Thames.

It is maybe a pity that Cody Dock does not get a mention but then there is so much more to see on the eight mile walk which could easily be enjoyed over two days.

The 30 minute programme can be seen on i-player until Monday 7 January. 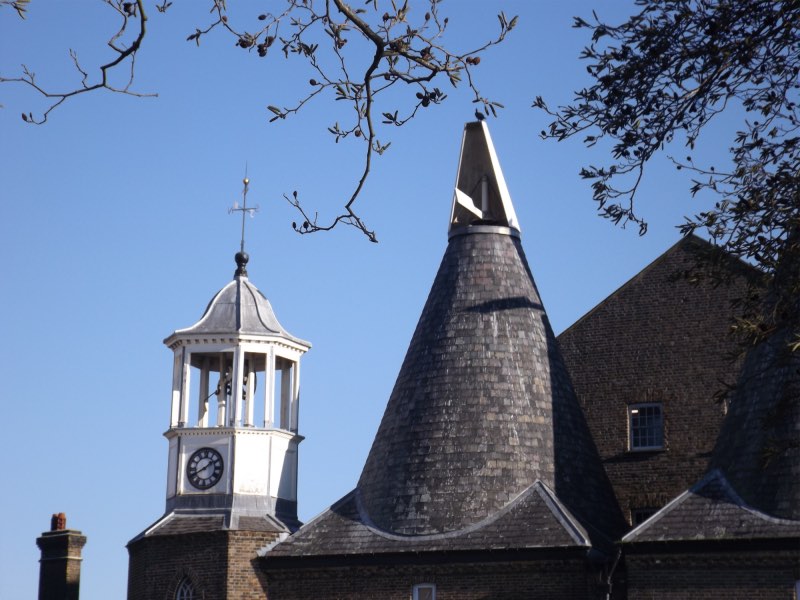 Sean Fletcher is walking from Tottenham to the Thames on BBC1 next Monday.

He will explore the industrial past and look to its future.

River Lea will be shown as part of the River Walks series in the BBC1 London region at 7.30pm on Monday 10 December.

Each region is having its own programme so at the same time Olly Smith will be seen walking along Hampshire’s River Itchen on BBC South and JB Gill will be following the River Stour through Canterbury on BBC South East. 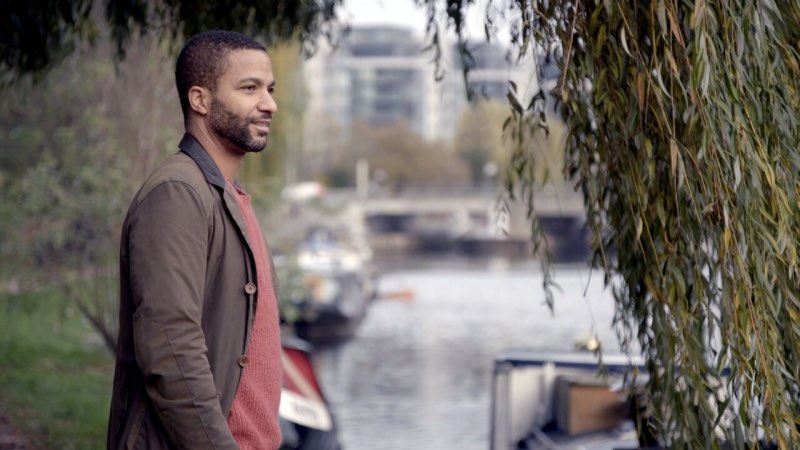 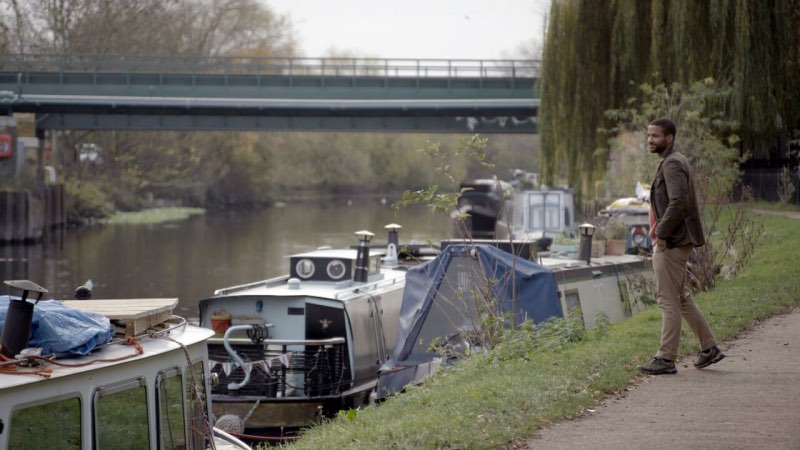 Sean Fletcher on the towpath 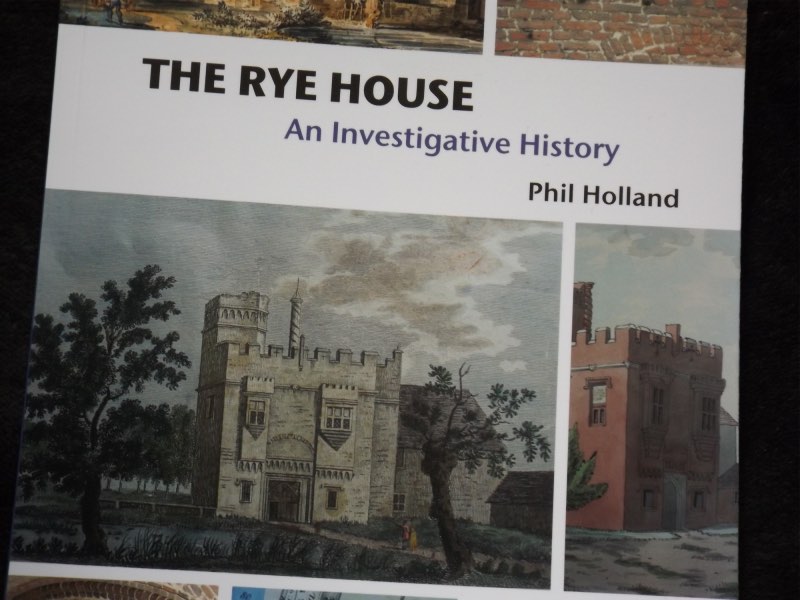 Phil Holland, who has worked at Rye House and knows it intimately, has written a book about the moated and allegedly haunted gatehouse.

Rye House and its lovely pub with its 400 year old windows is a popular stop on the Lea Valley Walk.

Only the early 15th-century gatehouse survives from the house. By the time JMW Turner painted it in 1973 the linked buildings comprising the stately home appear to have been replaced by weatherboarded constructions.

Phil has undertaken very impressive research and come up with plenty of new facts.

Something not highlighted before is that Rye House was the home of Katharine of Aragon’s lady in waiting Maud Parr. Her daughter Catherine, brought up in the Lea Valley, became Henry VII’s sixth wife.

The book also claims that Elizabeth I stayed as a princess maybe on her way upstream to Hatfield.

The Rye House Plot which was never attempted, although the mastermind was hanged, is explained.

There is an exhaustive chapter on the incredible Great Bed of Ware which was on view at Rye House during the 19th century. It had resonance to visitors being mentioned in the works of William Shakespeare, Ben Jonson, Lord Byron and Charles Dickens. Today we can add former poet laureate Andrew Motion although the bed is now in the V&A Museum.

This book without doubt adds greatly to our knowlege of the Lea Valley’s history.

The Rye House: An investigative History by Phil Holland is published by Redshank Books; £9.99. 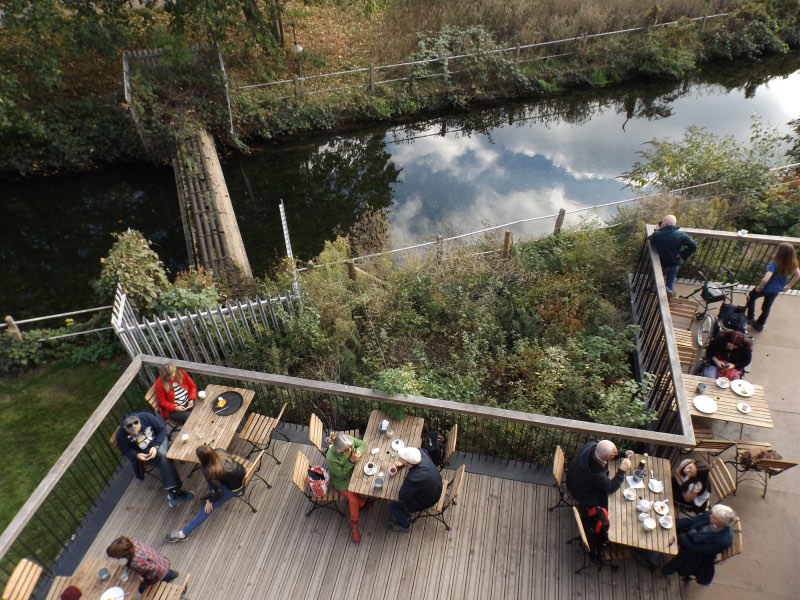 A new but already popular place for lunch at Tottenham Hale is the cafe just inside the Walthamstow Wetlands entrance.

This is opposite The Ferry Boat inn which has long been an option for lunch.

The new cafe is located in a pumping station built in 1894 to pump water through the vast reservoirs which can now be visited free of charge. There is also a shop and you can go upstairs to look at the view.

The cafe is run by The Larder which is responsible for the very popular cafe at the William Morris Gallery in Walthamstow.

Soup is £5.90 and jacket potato £6.90. You must look to cakes for the pudding choice. The coffee, Union Coffee, is good. 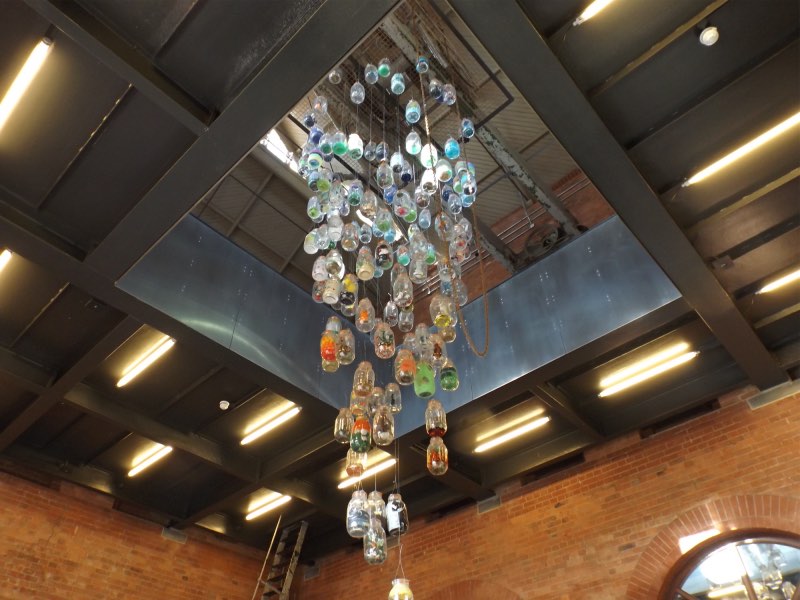 Looking up inside the cafe