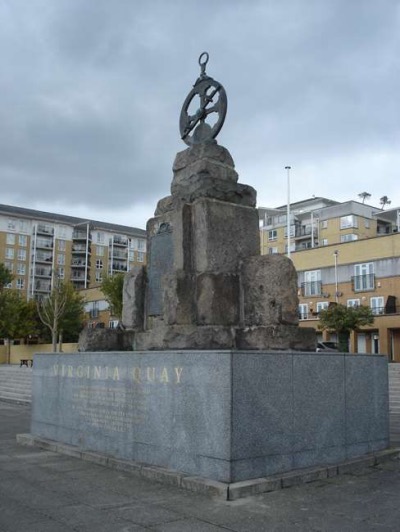 The climax of the Lea Valley Walk is East India Dock opposite the O2.

The way to the DLR station is across Virginia Quay from where adventurers, including Captain John Smith, set out for America in 1606.

Captain John Smith went on to establish Jamestown. Princess Pocahontas is said to have saved his life when he was captured by Indians. She died at Gravesend four hundred years ago,

Virginia Quay’s massive Settlers Monument, dating from 1928, has been listed Grade II by Historic England as part of the Pocahontas 2017 celebrations.