Lea Valley Park: a new landscape for London exhibition at New London Architecture looks at the land along the last three miles of the River Lea which is being called the Lea River Park.

The new park’s main feature is a plan to improve the Lea Valley Walk’s climax from Bow to the River Thames.

The is being branded The Leaway as it is part of a local route out of the Queen Elizabeth Olympic Park. It dovetails with the Lea Valley Walk at Three Mills.

The key link highlighted in the exhibition is between Cody Dock and Canning Town where an isolated length of riverside path exists at Electra Wharf.

Available at the exhibition are free copies of three Odd Guides to the Leaway highlighting history and nature. The booklets can also be collected by walkers at Three Mills and other key points along the Lea Valley Walk to the south. 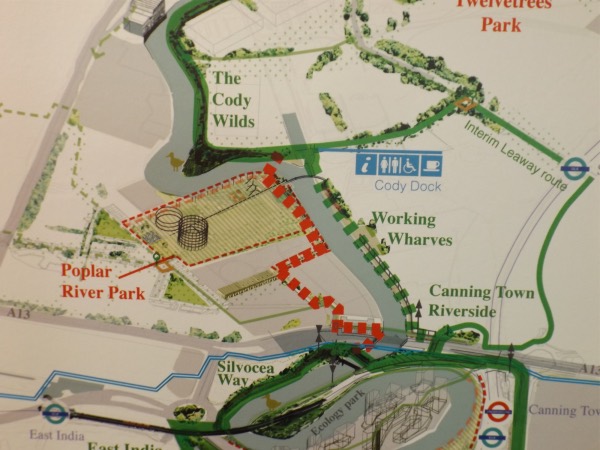