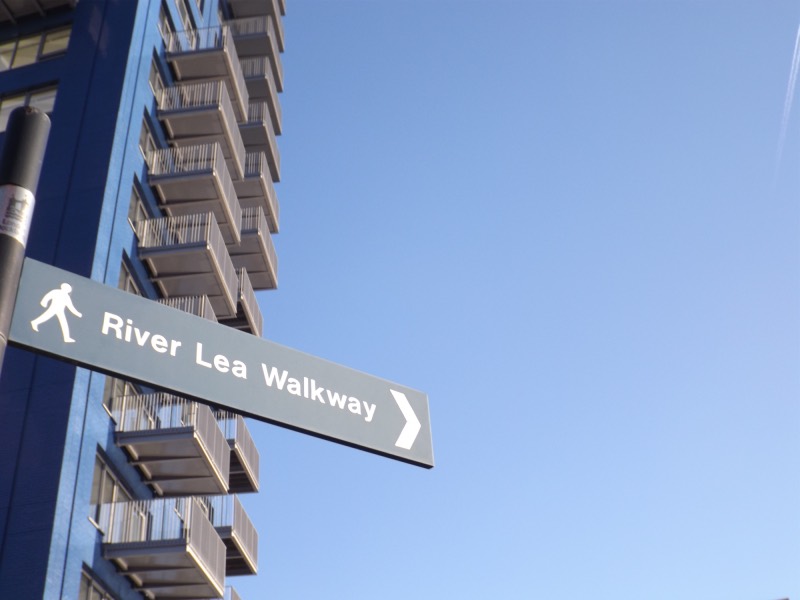 The land, shaped by the River Lea looping dramatically, is a peninsula rather than an island.

From 1845 to 1874 it was occupied by the Thames Plate Glass Company producing mirrors and employing a large number of women. More recently the site was a margarine factory.

Now it is  becoming a residential community with tall blocks taking its inspiration apparently from skyscrapers in Chicago and Manhattan.

There is water on three sides with just a narrow neck of land as an entrance.

That entrance is opposite Orchard Place and the gateway of West India Dock where the Lea Valley Walk has its climax with a view of the O2 Dome.

At present walkers approaching the end of their walk usually go up a wide passage for a last look at the River Lea before it turns to join the Thames at Trinity Buoy Wharf.

Now it is possible to walk, not yet round the island, but up the middle into the new Botanic Square and along the west side to a bridge which links to Canning Town Station.

The island is still largely a building site with towers under construction including  the English National Ballet centre.

But the first shop has opened selling Sicilian food along with Bisto and Hovis. It is also a cafe with good coffee and cakes.

Slowly a length of lost Lea is being revealed. It will one day become the final surprise and another dimension of the Lea Valley Walk. 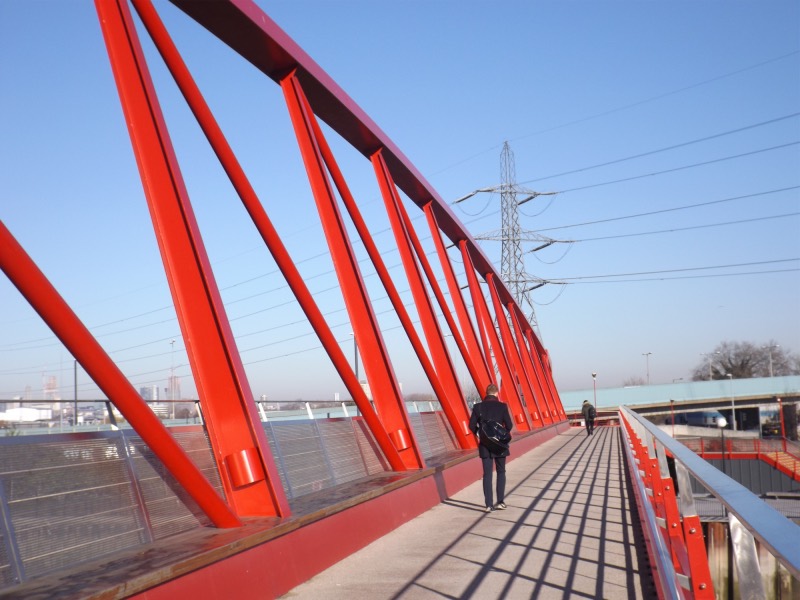 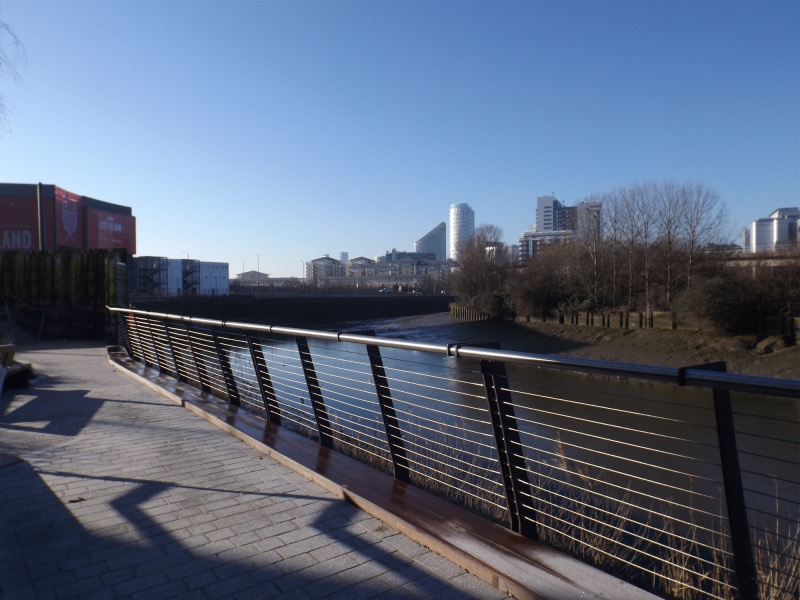 A short length of completed path on west side 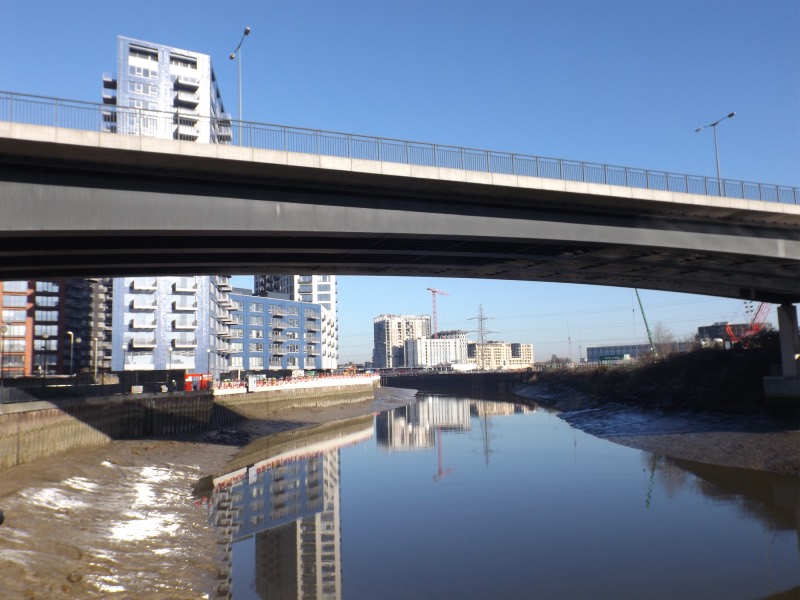 View north up the east side as seen from present route 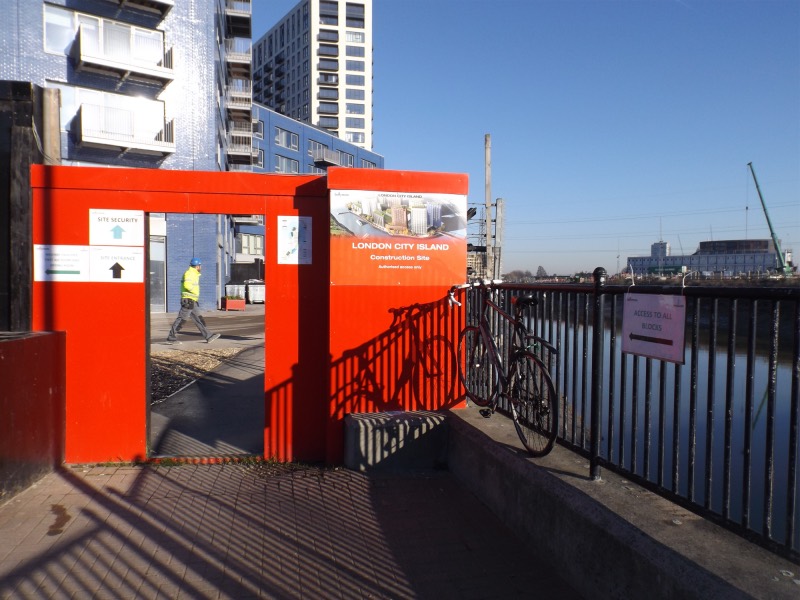