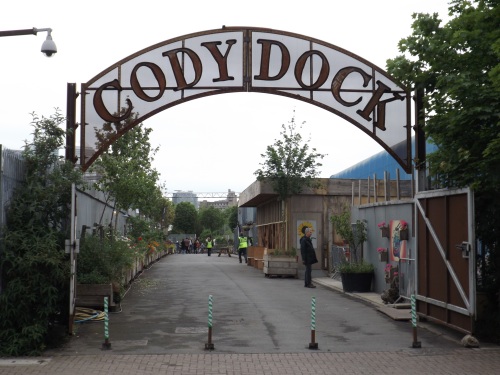 The sculpture trail known as The Line has at last opened.

The first day was marred by lunchtime rain and the afternoon remained overcast.

But people did begin to make their way to Cody Dock and other sites between Three Mills and The O2 Arena. 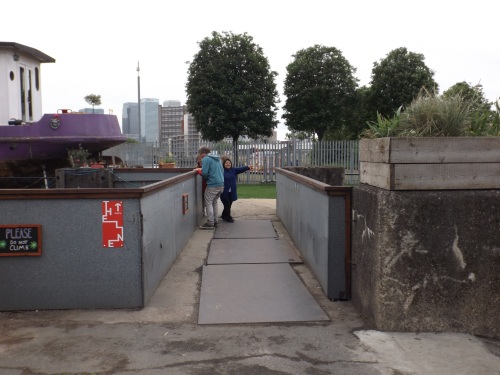 The bridge at Cody Dock

The project has resulted in the bridge at Cody Dock opening and so allowing for more of the riverside path to be available to walkers. 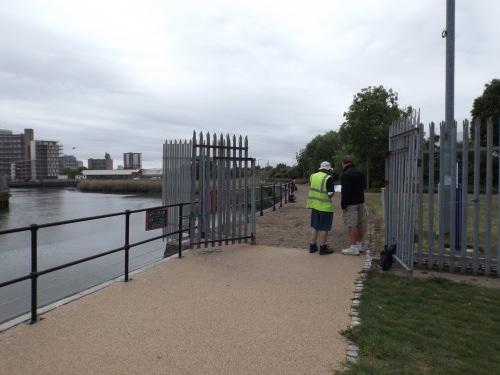 The gate on the riverside path open at last

A further improvement is imminent upstream at Twelvetrees Crescent Bridge where it should be possible to pass more easily from the navigation towpath to the tidal path.

At Cody Dock not only is the long locked gate now open daily but on the grass there is  Damien Hirst’s Sensation first shown at Tate Britain in 2004. 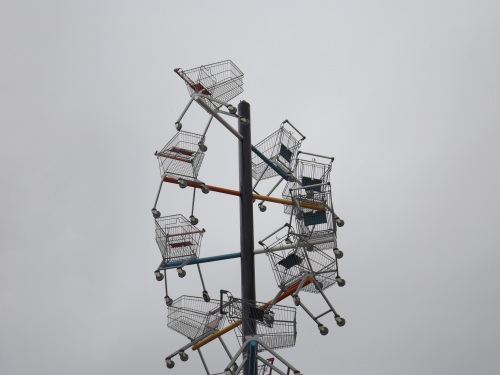 Abigail Fallis’s shopping trolleys are by the tidal River Lea

Outside the Amazon building, on the promenade between Twelvetrees Bridge and Cody Dock, is Abigail Fallis’s DNA DL90 which consists of 22 shopping trolleys.

The The Line art trail, which has improved and liberated a stretch Lea valley Walk path, is open daily. Cody Dock, near Star Lane DLR Station, is open daylight hours.