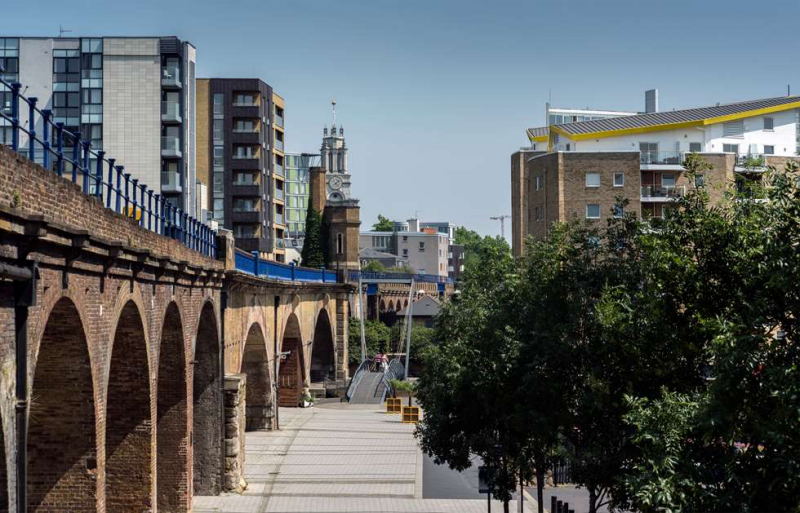 The Accumulator Tower below St Anne’s

Historic England has added two historic buildings in Limehouse as being at risk and placed then on the 2017 Heritage at Risk Register.

St Anne’s Limehouse is at the climax of the Lea Valley Walk for those who stay by the navigation channel to end the route at Limehouse Basin. The church is on the final bend into the Basin.

This is a Nicholas Hawksmoor church completed in 1730. The church, being so close to not just the River Lea but the Thames, was a navigation landmark. Its clock is the highest church clock in London.

The building was known to Charles Dickens whose godfather lived in its shadow and more recently is featured in BBC TV’s Call The Midwife.

The church sadly qualifies for the at Historic England Risk Register because of water damage to the interior.

Less well-known is the nearby Accumulator Tower by the high railway line on the north side of Limehouse Basin.

The octagonal accumulator tower and chimney stack was built in 1869 by William Armstrong, inventor of the hydraulic crane.

This is the last surviving accumulator tower of three built in the canal dock. All were connected to a pumping station which fed water under high pressure into a hydraulic main that powered coal cranes.

The structure has suffered water damage, vegetation growth and now also has graffiti.